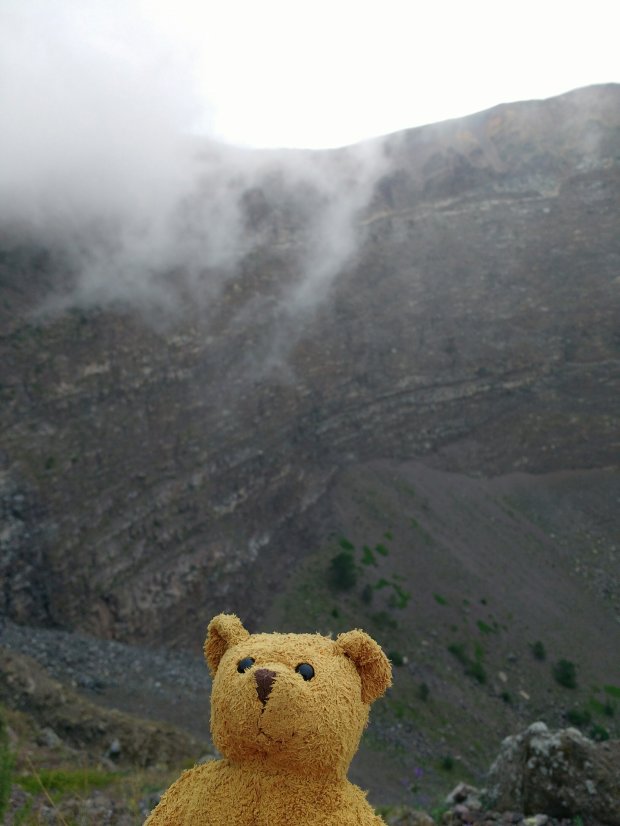 Me after a hard climb up Vesuvius, the first stage is hard, especially for small paws 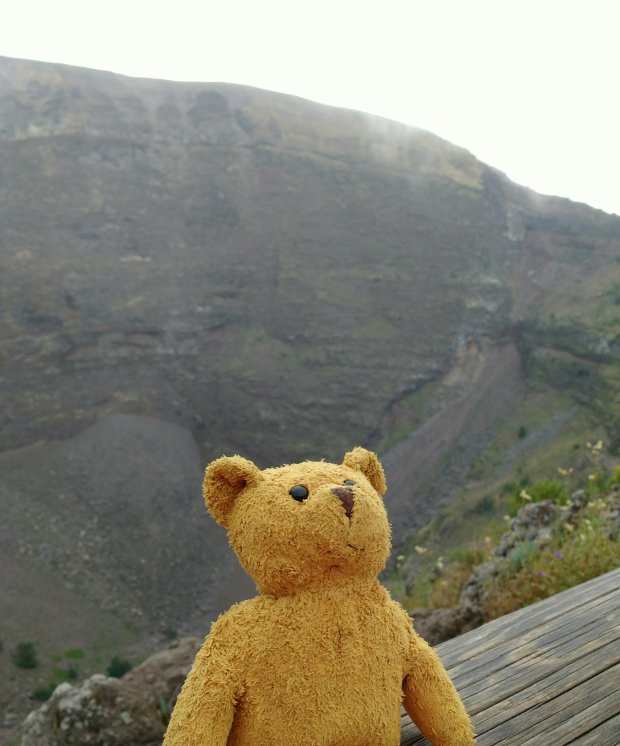 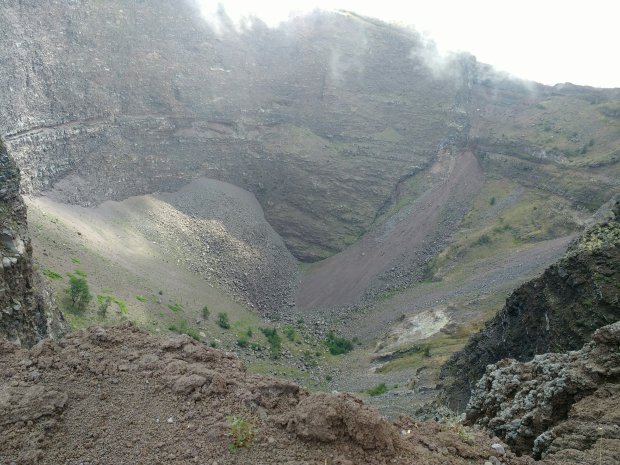 Things I have learnt today from our wonderful tour guide Barbara.
Mount Somma was the original name of Mount Vesuvius.

For the people of Pompeii it was just a mountain covered in trees and greenery.

In the Castel dell’Ovo there is a legend of a magical egg.
According to this legend, the castle takes its name from the famous Latin poet Virgil who hid, inside a cage, an enchanted egg.
In fact, while the egg is whole the city and the castle will be protected against every sort of calamity.

Nevertheless, if something happens to the egg, there will be misfortune for Naples and the Neapolitans. There were rumours in the 1970s that the egg had cracked, the egg had to be shown to the people to allay their fears.

Did you know pizza originated in Greece. It started out as pita, a bread used to confirm the temperature of an oven. When Grecians escaped persecution by Troy they landed on Napoli island. Eventually this became too small and they settled on the mainland of Napoli. Pitta was used as a platter to serve food, and it wasn’t until Columbus discovered tomato in the new world that pitta/pizza had a tomatoes base. Previously a fish sauce was the way the Romans enjoyed theirs. Not that us bears are food obsessed but, the Margareta pizza wasn’t invented until just after the country of Italy was born….but that is another story.